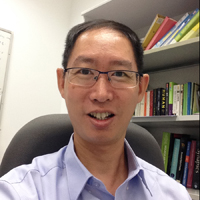 Dr. Lai Kwok On received his Bachelor degree of Biochemistry from the University of Hong Kong. He then pursued postgraduate studies at the Hong Kong University of Science and Technology (HKUST). With the award of the Croucher Foundation Fellowship, he performed postdoctoral research at UCLA in the United States.

Using a combination of molecular, biochemical and cellular approaches, Dr. Lai aims to elucidate the signal transduction mechanisms that underlie the development and functioning of neuronal synapses in the brain. This would lead us to a better understanding of the cellular and molecular mechanisms underlying long-term memory, and the pathophysiology of various neurodevelopmental disorders in the brain.

Our brains are remarkably “plastic”, an essential feature that enables adaptation to changes in the environment. This plastic nature of the brain is attributed to the ability of neurons to change their synaptic connectivity by experience. Synaptic plasticity involves structural modification of synapses, and depends on multiple cellular processes such as re-organization of cytoskeleton, local dendritic protein synthesis near synapses, and gene transcription in the nucleus.

Dendritic spines are specialized protrusions on dendrites where most excitatory synapses are present. Spines are highly dynamic, and their development and morphology are tightly regulated by neuronal activity. I am interested in understanding the molecular mechanisms by which neuronal activity controls dendritic spine development and plasticity. Using a combination of molecular, biochemical and cellular approaches, I have been focusing on how protein phosphorylation by kinases, such as the receptor tyrosine kinase TrkB and the serine/threonine kinase Cdk5, is involved in activity-dependent changes of spine morphogenesis. Whereas protein phosphorylation is arguably the most-studied form of post-translational modification of proteins in signal transduction, emerging studies have uncovered many other ways by which proteins are modified. However, the physiological function of most of these post-translational modifications in neuron remains elusive. One of my research focuses is to delineate the regulatory role of these post-translational modifications on synaptic proteins.

Another area of research in my laboratory is to study local dendritic protein synthesis in the regulation of dendritic spine development. There are subsets of mRNAs that are not only present in the neuronal cell body but can also be actively transported to dendrites via the formation of ribonucleoprotein (RNP) particles and granules. Local dendritic protein synthesis is essential for the persistent changes in synaptic efficacy during memory formation, yet very few dendritic mRNA transcripts and their encoded proteins have been directly linked to structural modification of synapses. With the advances in microarray analysis and deep sequencing, many dendritically localized mRNAs have been recently identified in neurons. Interestingly, the functions of many of these encoded proteins, including those with genetic variations that are associated with different brain disorders, have not been characterized in neuron. These recent transcriptomic studies should therefore represent important resources to identify novel proteins and signaling pathways that modulate spine morphogenesis. Using in situ hybridization of fixed neurons and time-lapse imaging of RNAs in living neurons, I aim to examine the trafficking and localization of these mRNAs in neuronal dendrites, and to explore their function and underlying mechanisms in the regulation of synaptic and cognitive function.