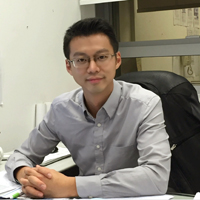 My research interest has been using neural crest as a platform to study the molecular regulation of cell migration and how its dysregulation leads to diseases such as cancer invasion with the long-term goal in applying knowledge gained to develop therapeutic strategies.

The neural crest is formed as epithelial population of multipotent progenitors at the neural plate border during neural tube formation. These cells implement a transcriptional program in response to inductive signals such as BMPs and Wnts to initiate an epithelial to mesenchymal transition (EMT) characterized by the loss of cell-cell adhesion molecule, alteration of cytoskeletal structure and formation of focal adhesion complex to provide traction at the cell leading edge that endows cells with the capacity to delaminate and migrate to the periphery to form cranial facial structures, melanocytes and the peripheral nervous system. Our previous studies demonstrated a crucial role of Sox9, member of SoxE transcription factor family, in specifying neural crest identity and also inducing delamination from the dorsal trunk neural tube. Recently, we further showed that phosphorylation of Sox9 is required to regulate the onset of neural crest delamination and subjected to the regulation of BMP and canonical Wnt signaling. Currently, we are using chick embryo as a model system to functionally characterize the role of several novel regulators in neural crest development and how they mediate Sox9 function for controlling neural crest delamination and migration. Our approaches include gain- and loss-of-function analysis, gene expression profiling, neural tube explants, biochemical assays and live cell imaging.

Live cell imaging of RHOA biosensor showing a migrating neural crest cell with high RHOA activity in the cytoplasm of the cell rear relative to fluctuating RHOA activity in membrane protrusions at the leading front.

Another part of our research is based on the fact that neural crest EMT event is also recapitulated in cancer cells in which dysregulation of developmental genes confer their growth and invasive behavior. Consistently, our pilot studies revealed the role of Sox9 and Sox10 in contributing to the development and progression of neural crest-derived tumor, melanoma and similar regulators identified from above are also expressed in metastatic melanoma. At present, we are investigating whether these factors also function downstream of Sox9 and/or Sox10 in contributing to melanoma development. We have established collaboration with scientists from Spain, Scotland, China and HKU to investigate whether similar gene regulatory network in neural crest development also governs melanoma growth and metastasis. 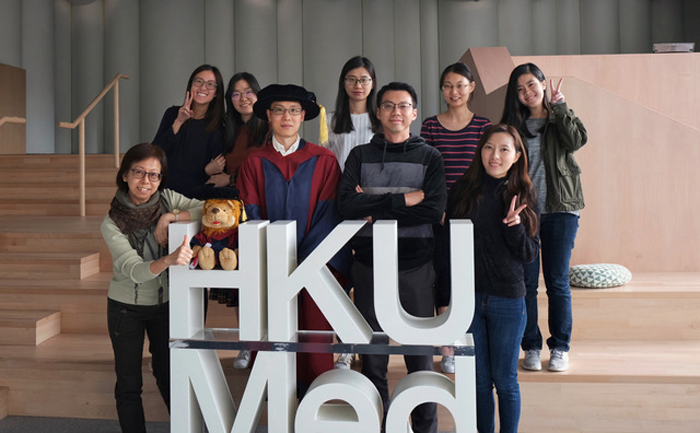