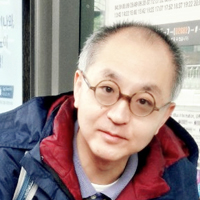 After graduating in Medicine with Honors at The University of Hong Kong (HKU) in 1987 and completing his internship training in 1988, Stephen Shiu pursued his postgraduate study in Oxford University, where he obtained his DPhil degree in 1991.

He then undertook clinical training in microbiology and internal medicine, before he joined the Department of Physiology at HKU in 1995.  In 1998, Shiu received the University Teaching Award (University Teaching Fellow) as a recognition of his excellence as a teacher.

His laboratory focuses on unraveling the signaling mechanisms of the neurohormone melatonin and the development of melatonin for prostate cancer prevention and treatment.

Prostate cancer is the most common cancer in men, and the second most common cause of cancer deaths among men in developed countries.  There is an unmet clinical need for safe and effective drugs that can prevent or slow the development and progression of the disease.  Melatonin, a circadian and seasonal hormone produced and secreted by the pineal gland, modulates biorhythms and inhibits cancer growth. An inverse relationship between melatonin production and human prostate cancer incidence has been shown by epidemiological and clinical studies, which suggested a potential prostate tumor suppressive function of melatonin. Over the years, the aforementioned circumstantial evidence provided by epidemiological and clinical studies was corroborated by laboratory and clinical data of Shiu’s research team, who had demonstrated melatonin MT1 receptor expression in human prostate cancer tissues, and an antiproliferative action of melatonin on prostate cancer xenograft in nude mice.  Of note, subsequent administration of melatonin by Shiu and his colleagues to a castrated prostate cancer patient, whose prostate tumor tissue expressed MT1 receptor, was found to slow the early biochemical progression of this patient’s castration-resistant tumor. This proof-of-concept translational study in a human subject indicates that the MT1receptor plays a crucial role in transducing the direct suppressive action of melatonin on prostate cancer.  Using androgen receptor-positive LNCaP, 22Rv1, VCaP and RWPE-1 prostate epithelial cell models, Shiu’s research team then successfully delineated the major antiproliferative signaling pathways in prostate tumor cells which are activated by MT1 receptor stimulation.  Based on their results, Shiu proposes that melatonin, a small, non-toxic and non-patentable molecule, is a promising drug candidate for prostate cancer chemoprevention, and that androgen depletion and melatonin repletion (ADMR) is a novel strategy in castration-resistant prostate cancer therapy which deserves further testing in clinical trials.  Besides melatonin, Shiu and his collaborator have also identified a novel action of the human secreted PDZ domain-containing protein 2 (sPDZD2) in suppressing prostate tumor growth, on which a US patent has been granted. 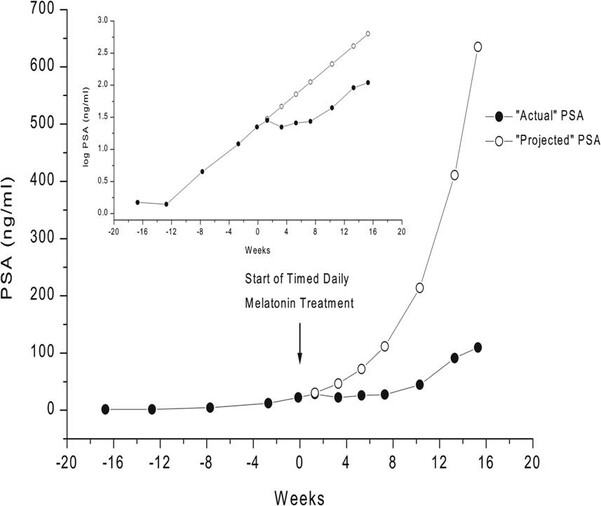 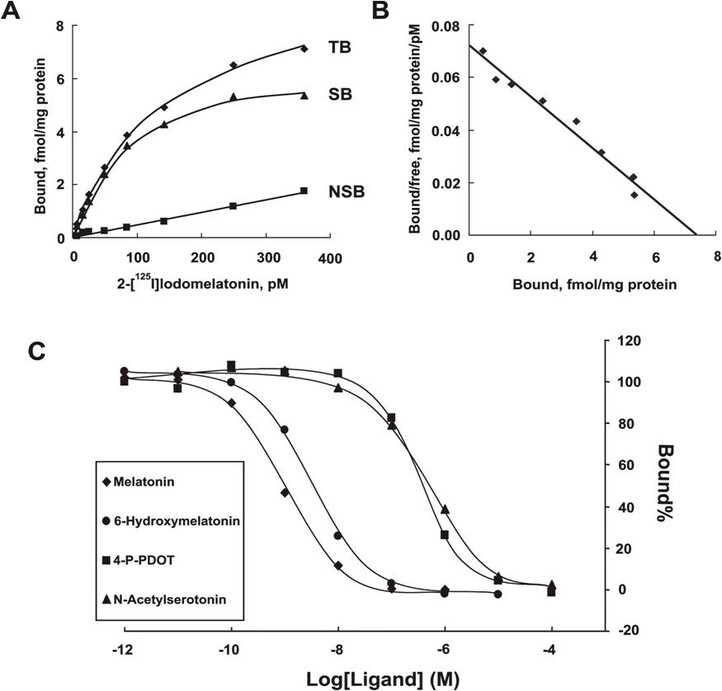 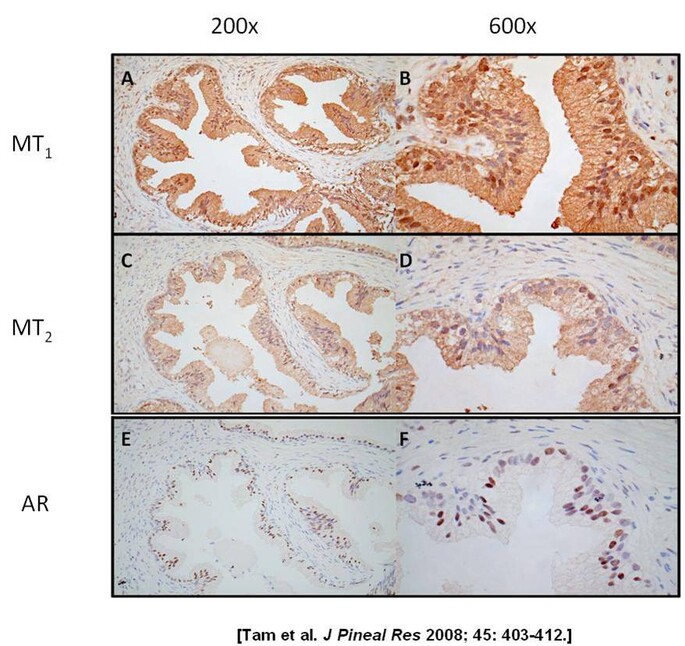 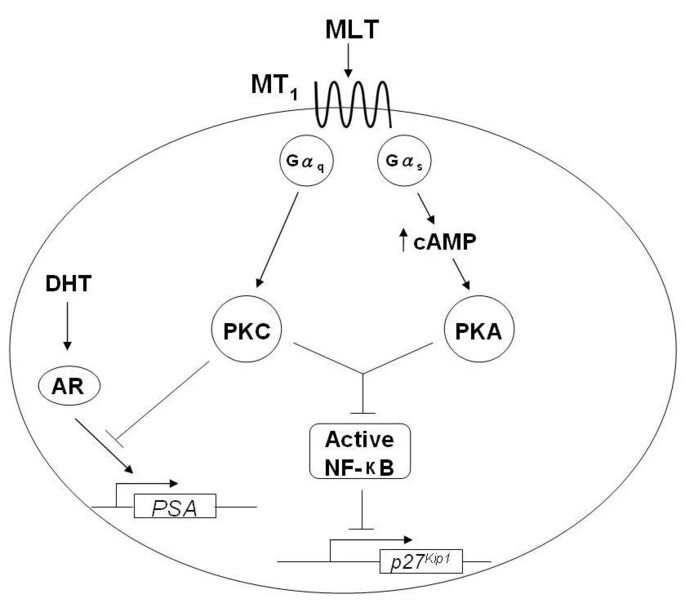