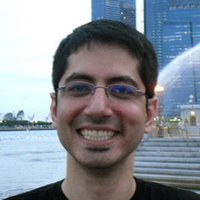 Javed is an Assistant Professor in the Li Ka Shing Faculty of Medicine at the University of Hong Kong. He received his in computer science from Rensselaer Polytechnic Institute in 2008. He then joined Computational Biology Center at IBM TJ Research Center as a postdoctoral researcher. His work at IBM was part of the Genographic project. In 2011 he joined Genome Institute of Singapore (A*STAR) as a research associate and was promoted to research scientist in 2014. Javed has co-authored more than 50 publications including senior authorships in Nature Methods and Nature Genetics. His research thus far has garnered over 5M SGD in funding.

Our group focuses both on method development and application with the generic goal of interpreting patient omics information in light of prior domain knowledge. The two main areas of application are rare diseases and cancers. We work closely with clinical collaborators in defining the uniqueness of the phenotype. We follow horses for courses approach whereby disease biology and sample availability dictates the omics of choice.