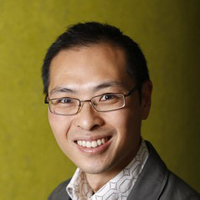 Dr Wong is an Associate Professor in the School of Biomedical Sciences at the University of Hong Kong. He was formerly an Australian Research Council Future Fellow and an Associate Professor at the Prince of Wales Clinical School at the University of New South Wales in Sydney. He received his B.Sc (Hons I), specialising in Bioinformatics from the University of Sydney in 2002. As an Oxford-Australia scholar, he went on to complete a D.Phil in Bioanalytical Chemistry at the University of Oxford, UK in 2007. This was followed by an Irish Government post-doctoral fellowship at the Conway Institute of Biomolecular & Biomedical Research, University College Dublin, specialising in Chemical Proteomics, before he returned to Sydney to establish his research group. He has published over 90 original peer-reviewed journal articles with around half as first or senior author in journals including Nature, Cell Reports, Genome Biology, Blood, Molecular Biology & Evolution and Nucleic Acids Research. His current research is focused on the study of mutational processes in cancer and their ultimate effect on gene regulation and function.

Our laboratory is interested in understanding how mutations occur in cancer and what effect this has on the way genes are used. Understanding the mechanism by which these mutations form in the genome is important because it can provide us with insights into why cancers develop and how it may be prevented. We are also interested in studying how mutations can alter the regulation of gene expression, particularly its effect on transcription factor binding at cis-regulatory elements. We work on all cancer types with cancer genomics data, but have a strong focus on skin cancers, blood and gastrointestinal cancers. Our research uses makes use of bioinformatics and computational techniques to existing large genomics datasets such as those from The Cancer Genome Atlas (TCGA) with a focus on the integrative analysis of different types of data.

We are currently in the process of moving to HKU and have openings for students to work on: