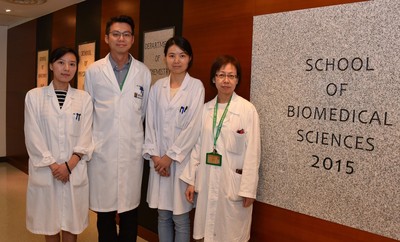 Cell migration is a fundamental and evolutionarily process that contributes to the development and formation of various tissues and organs during embryogenesis as well as wound healing and immune response in the adult.  This is because cells are guided by intrinsic and extrinsic determinants to undergo directional migration to their destinations for growth and physiological responses.  Failure of directed migration and abnormal migratory behavior can lead to diseases and cancer metastasis, respectively.  Understanding the genetic control of cell migration in a directional manner should provide important insight into how dysregulation of migratory process leads to human diseases.

The neural crest is one of the most characterised and accessible experimental systems for studying the genetic regulation of migration.  Multipotent neural crest cells arise from the dorsal neural tube and implement a transcriptional programme to initiate an epithelial-mesenchymal transition (EMT) that involves alteration of cytoskeletal structure, loss of cell-cell adhesion and apical-basal polarity to convert an epithelia cell into a mesenchymal motile phenotype.  Following an EMT, neural crest cells undergo delamination and acquire front-back polarity that is essential for directional migration into the periphery where they differentiate into neurons and glia. How neural crest cells acquire polarity for directional migration is not clear.

In 2013, the research team led by Dr Martin Cheung Chi-hang, Assistant Professor, School of Biomedical Sciences, Li Ka Shing Faculty of Medicine, The University of Hong Kong (HKU) initiated the study to address this issue using chick embryo as a model system.  Using a fluorescence resonance energy transfer (FRET)-based biosensor to detect RHOA activity in chick embryos and live-cell imaging in vitro, the research team revealed DLC1 (Deleted in Liver Cancer 1), well-known as a metastasis suppressor in different cancer types, is asymmetrically localised in the cytoplasm of delaminating and migratory trunk neural crest cell front that restricts highly activated RHOA at the cell rear and fluctuating RHOA activity in the membrane protrusion at the cell front.  Gain- and loss-of-function studies revealed that appropriate level of DLC1 activity is essential for the establishment of neural crest polarity through spatial restriction of RHOA activity at the back, which is prerequisite for directional delamination and migration.  Importantly, this differential distribution of DLC1 depends on its binding partner, NEDD9 (a non-catalytic scaffolding protein), and their association is required for the establishment of polarised rather than the total level of RHOA activity.  Last, DLC1 and NEDD9 genes are subjected to transcriptional regulation by neural crest cell fate determinants, SOX10 and SOX9, respectively. Altogether, the results reveal a SOX9/SOX10/NEDD9/DLC1-RHOA regulatory axis to orient neural crest cells in the direction of movement.  The findings are now reported in Nature Communications on October 30.

Significance of the study

“Our findings unravel for the first time a unique cytoplasmic localisation of RHOA activity to dictate polarity and migratory direction of chick neural crest cells.  These results differ from previous in vitro cell culture and other animal studies in which active RHOA is required for tail retraction during migration or localised in the membrane protrusion,” said Dr Martin Cheung Chi-hang, Assistant Professor, School of Biomedical Sciences, Li Ka Shing Faculty of Medicine, HKU.

“We got the RHOA biosensor from our collaborator Dr Louis Hodgson, Associate Professor of Department of Anatomy and Structural Biology, Albert Einstein College of Medicine, New York, United States, and it turned out to be a very useful tool for us to perform time-lapse imaging of spatio-temporal dynamics of RHOA activity in neural crest cells emigrating from chick neural tube explants” said Dr Jessica Liu Aijia, Post-doctoral Fellow, School of Biomedical Sciences, Li Ka Shing Faculty of Medicine, HKU and also the lead author of the publication.

Professor Irene Ng Oi-lin, Loke Yew Professor in Pathology, Chair Professor and Head of Department of Pathology, Li Ka Shing Faculty of Medicine, HKU, co-author of the publication and her team contributed extensively to the understanding of DLC1 to have suppressive activities in liver cancer growth and metastasis. “Surprisingly, we found DLC1 plays a positive role in governing neural crest polarity and motility, implying a differential function of DLC1 between developmental and pathological context.  It will be interesting to tease out the mechanisms underlying the functional differences of DLC1 in two different cellular states.” said Dr Martin Cheung Chi-hang.

About the research team